RIGHT!
I suffered through Sunday not to post the newest picture before it was Monday.
And it is Monday now!
There is quite lot I wish to tell about the picture and making of it.
First of all I tried out a new art style technique to see how it would turn out. Mainly added borders to the "objects" I made.
But as the race I used in the picture was rather... how to say, rugged. So I made all skin/flesh parts the same way as the clothing.
I must say, I'm quite surprised myself of the final product.
I needed to make some cuts and compromises due to the races horrid structure, but I tried to keep it close as possible.
But in the end I gave lot more slimmer form and even a longer neck. I even nearly forgot the most important thing which
even is stated on the races name but noticed on the last minute!
I'm quite sure that this picture IS NOT everyone's cup of tea or coffee. Specially due to the race, it's not a futa picture nor nelf/draeneil.
But you should already know me well enough(I think, least some of you) that I like to experiment with different styles/races.
Also, I'm pretty sure this is the only porn picture you might find of the in-game race!

I took few WIP "screenshots" to show the progress of the picture up to the finalized picture.
It's a six framed gif animation, but you should clearly see what is happening and changing. And if you don't, look again as it will loop.
Work in progress gif animation: >>>>>Watch it been made!<<<<<<

Heh, the teaser didn't really hide the ogre's face nor the orc's forms... or if you just did chek the teasers filename to find out.Blog posts:
Originally Posted by Saint Uther
You just keep coming up with better ideas and produce even better work. Thank you for sharing your talent with us, I look forward to your next submission.
My deepest thanks to you. The comments and critics you people post(if only more people would) is my payment and motivation to continue making these pictures.
Originally Posted by Anonymous
Ogre thing pretty creepy for my tastes D:

But at least you're always creative!

Can't please everyone all the time. But still thanks, trying to keep things interesting.
Originally Posted by Duderino
Happy friendship day!

Happy Friend's day to you too.I'm currently trying to come up with something to improve my style and make the pictures look even better.It isn't that easy to come up how to achieve that. Only thing I've so far come up with is to add outlines to the "characters".Also the next posts will be still something more different and maybe yet another one or two "Darknest first!".I think that was what I wanted to tell for now. Thank you for the responds and comments.
klo February 18, 2012 2 comments:

And so it goes around a full year and once again we are here.

This year I actually made a Valenti- Oh sorry, it's called Friend's Day up here in the land of Polar bears and Northern Lights.
I know it's called "Valentines Day" or "All Hjärtans Dag" and it's for the loving people and single people to sulk.
But here in Finland it's really called Ystävänpäivä which is translated into Friend's Day.
We "celebrate" this day to remember our friends rather then loved one(s) that you either live with or see everyday.
Friend and families mostly, to be grateful of having them as your friend or family.
You can celebrate a gift hoarding lovers day everyday through the year, so why focus it on one single day?!?


So, here's my picture that I didn't finish last year... nor did I this year, so I made this one! 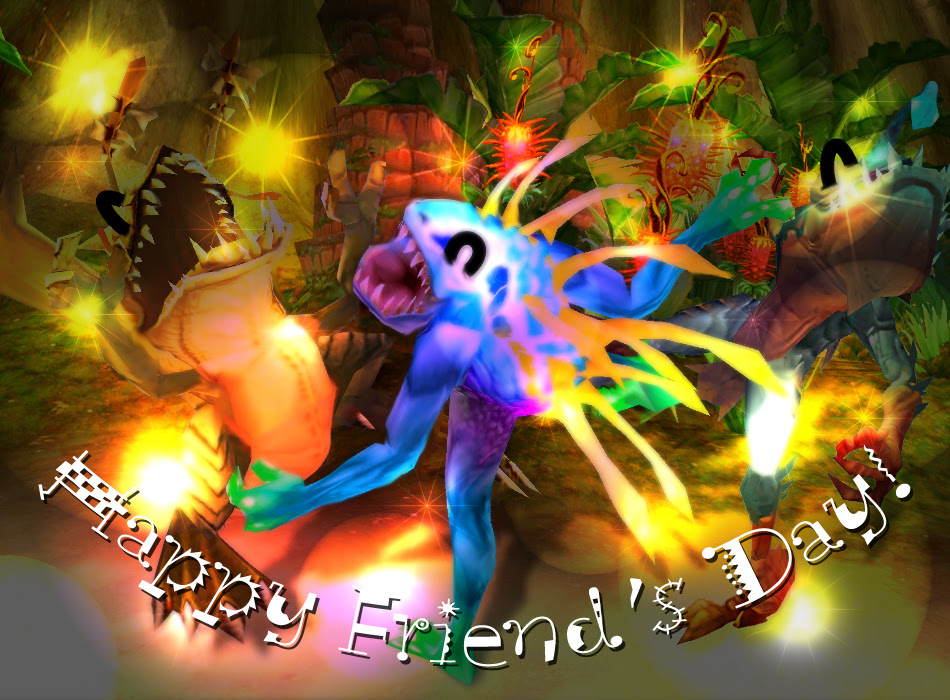 If you can't see the picture fully, use this link <PICTURE>

Now that that's off the way, into the actual teased picture.
Just had the crazy idea to make one of these... and so I did.
I tried to finish it already earlier, but you know how it is by now.

Lets get this quickly over with!


I began to work already on a new picture, but I decided to let it wait another week and let me listen to podcasts from late years.


I thank for all the responds from the Blog-Exclusive picture, both from the forum and blog itself.
I was rather surprised that people would post anything into the forum of it, but I'm glad to see I'm wrong.
Also, more then happy to read that people actually liked it and that she was an Dwarf.
Never the less, I might do another picture of her. But do remember, it was a request picture, so there is a quite large chance that I might not use the character in any upcoming pictures.


I got a teaser of the upcoming picture! 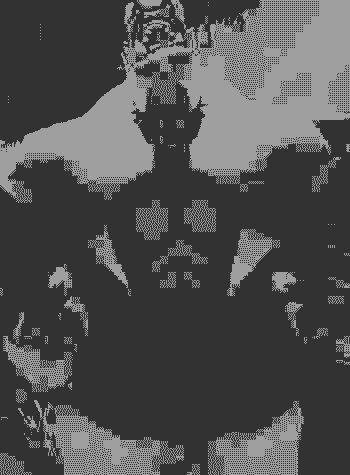